House Democrats issued a subpoena to former White House Counsel Don McGahn, a key witness in Robert Mueller’s investigation, to testify before the Judiciary Committee in an early move by lawmakers to follow up on the special counsel’s findings.

Judiciary Chairman Jerrold Nadler said in a statement Monday that he issued the subpoena for McGahn’s testimony on May 21 and for him to hand over related documents by May 7. 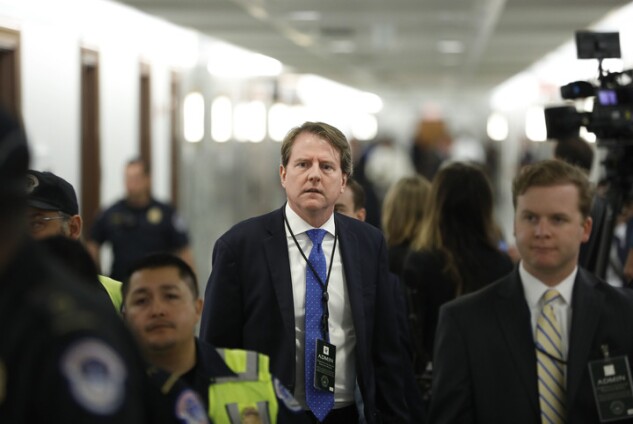 “His testimony will help shed further light on the president’s attacks on the rule of law, and his attempts to cover up those actions by lying to the American people and requesting others do the same,” Nadler said. “Mr. McGahn is a critical witness to many of the alleged instances of obstruction of justice and other misconduct described in the Mueller report.”

It’s the biggest move yet by Democrats who control the House to mine Mueller’s findings for evidence on a subject that the special counsel explicitly left to Congress -- whether President Donald Trump sought to obstruct justice.

To the chagrin of Trump’s supporters, McGahn laid out for Mueller a detailed road map of the president’s failed efforts to halt the special counsel’s probe. The lawyer, who talked to investigators for about two dozen hours and appears more than 500 times in Mueller’s report, described Trump’s unrealized demands to aides to fire Mueller and pressure former Attorney General Jeff Sessions.

The White House could try to assert executive privilege to prevent McGahn from testifying on internal deliberations with the president. But that could be a difficult case to make because Trump didn’t assert the privilege concerning any of McGahn’s testimony in the Mueller report.

Separately, McGahn’s conversations with Trump aren’t protected by attorney-client privilege because as White House counsel he represented the office of the president, not Trump personally.

McGahn left the Trump administration in October after a tenure made tumultuous by his handling of investigations into the Russian election interference. While Trump and McGahn had a contentious relationship near the end, he was credited with successfully advancing Trump’s conservative judicial picks, most notably Brett Kavanaugh’s confirmation to the Supreme Court. 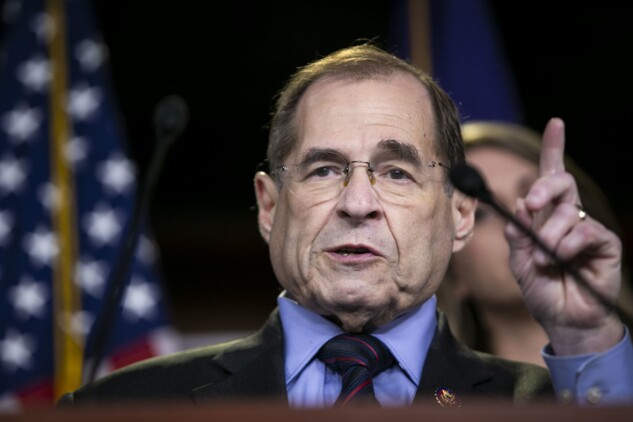 Some Trump supporters have suggested retaliation against McGahn, whose law firm Jones Day works for the Trump campaign. Trump lawyer Rudy Giuliani called McGahn “confused” and questioned whether he took notes to preserve himself to the detriment of the president.

McGahn’s lawyer William Burck said in a statement over the weekend that “it’s a mystery why Rudy Giuliani feels the need to re-litigate incidents the Attorney General and Deputy Attorney General have concluded were not obstruction. But they are accurately described in the report. Don, nonetheless, appreciates that the President gave him the opportunity to serve as White House Counsel and assist him with his signature accomplishments.“

Representative Doug Collins, the top Republican on the House Judiciary panel, said in a statement on Nadler’s subpoena that McGahn “sat for more than 30 hours of interviews with the special counsel’s investigation.”

Instead of reviewing that material, Collins said, “Democrats prefer to demand additional materials they know are subject to constitutional and common-law privileges and cannot be produced.”

In Mueller’s report, McGahn detailed Trump’s attempts to curtail the investigation, recounting Trump telling him that “Mueller has to go” and “you gotta do this. You gotta call Rod,” referring to Deputy Attorney General Rod Rosenstein.

McGahn also recalled Trump talking about “knocking out Mueller” and repeatedly saying that Mueller had a conflict of interest because of he disputed golf fees at a Trump course and because he had interviewed for the job of FBI director.

McGahn described events in June 2017 when he received a call from Trump, who was at Camp David, directing him to tell Rosenstein to remove Mueller.

After the call, McGahn said he decided to quit because he didn’t want to “participate in events that he described as akin to the Saturday Night Massacre,” a reference to the 1973 Watergate scandal, when President Richard Nixon’s attorney general and deputy attorney general resigned after being ordered to fire special counsel Archibald Cox.

McGahn said he packed up his office and told then-White House Chief of Staff Reince Priebus that Trump had asked him to “do crazy sh--.” McGahn ultimately stayed on for over a year.

When details of the exchange were made public by the New York Times, Trump asked McGahn to deny its report that the president had told him to remove Mueller, according to Mueller’s report.

Trump also tried to get McGahn to talk to Sessions about his recusal from Mueller’s investigation, but McGahn refused, saying Justice Department ethics officials had already weighed in.

McGahn also aided Mueller in his investigation into the firing of FBI Director James Comey. McGahn said Trump thought Comey was acting like “his own branch of government.” Trump was “beside himself” over Comey’s congressional testimony in March 2017, according to notes from McGahn’s office, one of which read: “getting hotter and hotter, get rid?”

McGahn’s willingness to talk with Mueller was part of a White House strategy of cooperation early in the investigation. The administration offered interviews with key officials and thousands of page in documents. The goal was to speed the investigation -- and also provide legal cover for Trump, who refused to be interviewed by Mueller on the grounds that it wasn’t necessary and answered only written questions.

To contact the editors responsible for this story: Kevin Whitelaw at kwhitelaw@bloomberg.net Larry Liebert