Democratic presidential candidates criticized President Thursday for directing economic gains to corporations and the rich at the expense of the middle class -- countering his portrayal of the U.S. economy as a success.

On the campaign trail, Trump has touted his economic record, pointing to the record-long expansion, unemployment at a half-century low and the past week’s breakthroughs on trade deals with China, as well as Mexico and Canada. But Democrats on the debate stage in Los Angeles argued that the spoils of growth have been distributed unevenly. 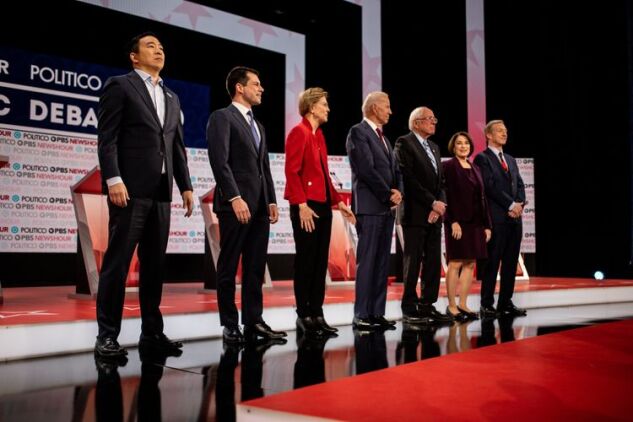 2020 presidential candidates ahead of the Democratic presidential debate in Los Angeles on Dec. 19.
Photographer: Martina Albertazzi/Bloomberg

bristled at a question suggesting that Americans ...