There’s growing demand for legal talent in the crypto world as digital currencies gain legitimacy in the eyes of financial institutions and federal regulators.

Grewal’s move is the most recent of a series of prominent hires in the crypto-legal world, which many experts say is a sign that crypto is gaining wider acceptance and indicates the industry’s growing need for legal talent. Ruiqi Chen has the story.

Companies Face Possible Data-Transfer Turmoil in EU Court Ruling
U.S. companies may need to brace for tougher restrictions on importing data from the European Union after the bloc’s top court rules this week on two legal mechanisms most use to ship the information.

‘Dreamers’ Denied Jobs Explore Reach of Hiring Bias Protections
A DACA recipient’s hiring discrimination case against Procter & Gamble Co. could be the first to test whether a post-Civil War law prohibits bias based on immigration status. The case is one of at least seven lawsuits filed since the Deferred Action for Childhood Arrivals program was implemented in 2012.

Religious Accommodation Reviews on Contractor Watchdog’s Radar
Businesses that have contracts with the federal government can expect the Labor Department to specifically audit their efforts to provide religious and disability accommodations to workers, according to the agency’s top contractor watchdog official.

Wall Street’s Campaign to Hire Black Talent Isn’t Going So Well
For Black professionals who get job offers on Wall Street, there’s pay and benefits to consider. But also isolation, bias and racism.

INSIGHT: Employees Can Refuse Workplace Vaccinations
Employers have a duty to provide a healthful workplace and may consider requiring vaccinations to stem diseases, like Covid-19. University of Illinois College of Law Professor Matthew Finkin warns they might face legal challenges from applicants and incumbent employees based on religious objection, objection due to a medical condition, or objection based on ethical or ideological grounds.

INSIGHT: Tech and Black Lives—Firms Can Mitigate Discrimination in Tech
Tech companies that want to lead in the Black Lives Matter movement should look beyond the standard company responses and proactively identify and seek to mitigate any unintentional disparate impact that their technologies may have on the basis of race, color, or another protected characteristic, Orrick attorneys say.

INSIGHT: Employers Have Options to Deal With Immigration, Trump’s Visa Suspension
Along with the effects of the pandemic, employers are dealing with the Trump administration’s recent immigration restrictions. Yasmin Mirreh, of Erickson Immigration Group, looks at other countries’ immigration actions to find takeaways for U.S. employees on how to deal with the restrictions and gives practical tips for employers.

INSIGHT: Your Next College President May Be the GC Next Door
The number of former general counsel leading colleges and universities has increased seven-fold over the last 20 years. Touro Law’s Patricia Salkin says campus general counsel could be the perfect candidate for a school’s next president, given the proliferation of statutory requirements, regulatory regimes, and legal claims and risks.

Drug Companies Reserving Seat for Patent Lawyers at Deal Table
Pharmaceutical companies intent on finding the next blockbuster drug increasingly view patent litigators as a secret weapon at the bargaining table, proving their value to an industry built on intellectual property and dealmaking. 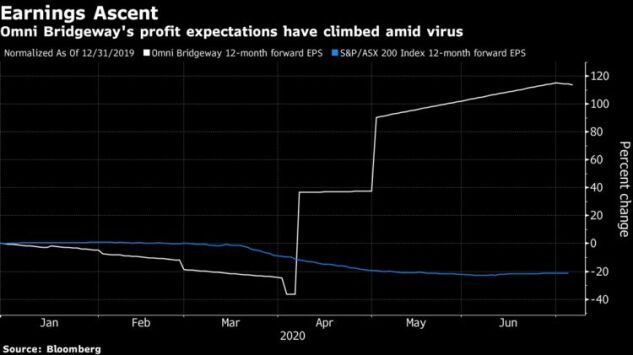 Religious Employers Get Boost in Wage Cases From Supreme Court
The U.S. Supreme Court’s ruling that broadened its test for excluding employees of religious institutions from the protections of anti-discrimination laws bolsters employer arguments that those workers aren’t covered by federal wage law, employment attorneys said.

Bayer to Alter Plan for Handling Future Roundup Cancer Suits
’s plan to resolve future Roundup cancer lawsuits for about $1.25 billion has been temporarily pulled after a judge raised substantial questions about the proposal, which was part of a broader $11 billion settlement deal involving mostly current claims.

EBay Pig-Mask Stalking Prosecution Adds a Seventh Defendant
A seventh former employee was charged with taking part in a bizarre cyberstalking campaign against a suburban Boston couple who published an online e-commerce newsletter critical of the company.

GM Suffers Blow in Bid to Punish Fiat Chrysler Over Union Bribes
’s efforts to take a rival to task for allegedly inflating its labor costs suffered a major blow with the dismissal of its racketeering lawsuit against .

To contact the reporter on this story: in Washington at jnancarrow@bloomberglaw.com