Colin Kaepernick looks on from the sidelines during the game between the San Francisco 49ers and the Atlanta Falcons at the Georgia Dome on Dec. 18, 2016.
Photo by Scott Cunningham/Getty Images

Former San Francisco 49ers quarterback Colin Kaepernick agreed to quietly settle his lawsuit accusing the National Football League of colluding to prevent him from securing a contract as a free agent.

Two seasons ago, Kaepernick started to kneel rather than stand during the national anthem before games as a protest against police brutality and racial injustice. He filed a grievance against the NFL in November 2017, saying he had been retaliated against by NFL owners for his political stance. Last year he defeated a bid by the NFL to dismiss his case. 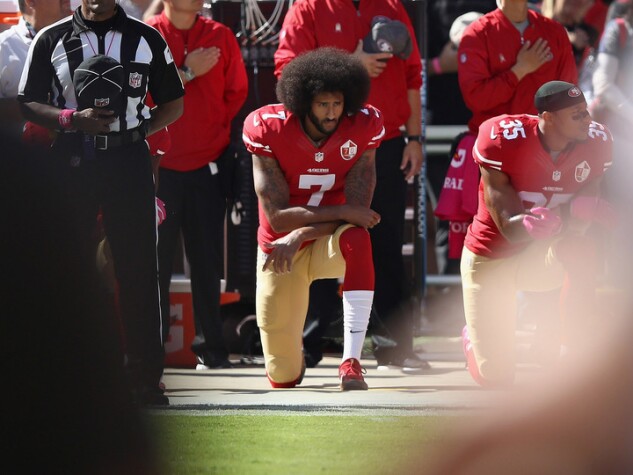 Colin Kaepernick, center, kneels for the National Anthem before a game in San Francisco on on Oct. 23, 2016.
Photographer: Ezra Shaw/Getty Images

The settlement is confidential and there won’t ...