•The lawyer for Ecuadorian victims fails to sway a U.S. court that he didn’t act illegally. 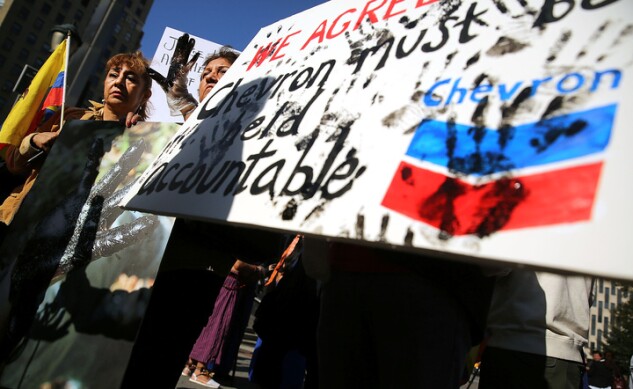 Chevron couldn’t have won a more emphatic victory in its long-running Ecuadorian pollution case than the ruling Aug. 8 by the U.S. Court of Appeals in New York. A three-judge panel unanimously affirmed a trial court’s determination that, in 2011, the lead attorney for some 30,000 Ecuadorians had won a $9.5 billion judgment against Chevron by means of bribery, coercion, and fraud.

The energy company will probably leverage the ruling as part of its continuing effort to avoid paying a dime on the verdict. Chevron lacks any property or assets in Ecuador, so it simply refused to pay the plaintiffs there. The Ecuadorians, meanwhile, have sought to enforce their award in ...