The crypto industry won’t soon forget when the widening coronavirus pandemic sent digital currencies tumbling along with most other asset classes worldwide.

Market heavyweight Bitcoin dropped 37.5% on March 12, recording its third-worst 24-hour performance ever -- and the largest decline since the coin entered the mainstream conscience in 2017, according to researcher Coin Metrics. On Huobi, one of the largest digital exchanges, more than 10,000 leveraged users’ positions got liquidated, according to the company.

“This was by far the most volatile day in the modern history of Bitcoin,” said , co-founder of Boston-based Coin Metrics. 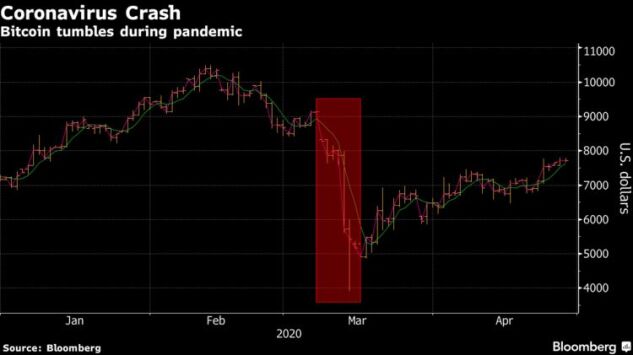