The billionaire was smoking a Padron cigar on his patio in Florida on Tuesday afternoon. He was worried.

“The damages of keeping the economy closed as it is could be worse than losing a few more people,” said Golisano, founder and chairman of the payroll processor Paychex Inc. “I have a very large concern that if businesses keep going along the way they’re going then so many of them will have to fold.” 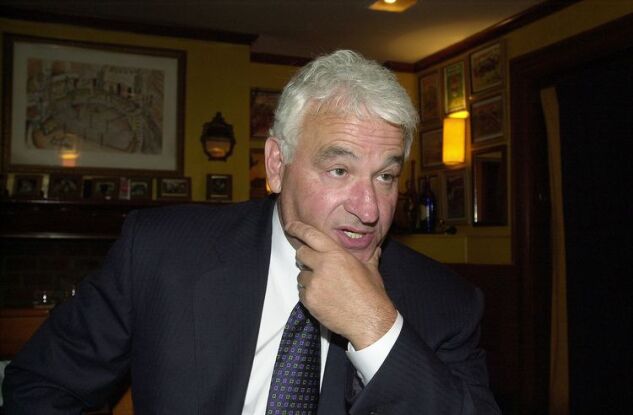 President Donald Trump says he doesn’t want the cure for the Covid-19 pandemic “to be worse than the problem,” and some of America’s wealthiest people and executives are echoing his rallying cry. They want to revive an economy that could face its worst quarterly drop ever -- even if it means pulling back on social distancing measures that public health officials say can help stop coronavirus. These investors aren’t prizing profits over lives, they say, they’re just willing to risk some horrors to avoid others.

“You’re picking the better of two evils,” said Golisano, who wants people to go back to their offices in states that have been relatively spared by the coronavirus, but remain at home in hot spots. “You have to weigh the pros and cons.”

In New York, where hospitals are at a tipping point and getting , Governor Andrew Cuomo says the economy shouldn’t be restarted “at the cost of human life” and that he’s developing a plan that “lets younger people get back to work.”

The question is when they should do it.

Trump, guided by a group of hedge fund and private equity titans, wants the country up and running again by Easter, though public health officials warn that’s too soon for a virus that’s killed more than 18,400 and infected at least 400,000 worldwide. Only companies with less than 500 employees are required to provide paid sick leave for workers out with Covid-19. Economists from Northwestern University calculated that keeping social distancing practices in place until cases decline could save 600,000 lives nationwide.

Lloyd Blankfein, who ran Goldman Sachs Group Inc. until 2018, helped kickstart the calls to get back to work on Sunday when he tweeted that “extreme measures to flatten the virus ‘curve’” were sensible “for a time” but could crush the economy: “Within a very few weeks let those with a lower risk to the disease return to work.”

His longtime deputy, Gary Cohn, who left the bank to become Trump’s top economic adviser, asked if it was time “to start discussing the need for a date when the economy can turn back on.” Without clarity, businesses “will assume the worst,” he said.

Tilman Fertitta, owner of Golden Nugget casinos and Bubba Gump Shrimp, to let businesses reopen at limited capacity in a couple of weeks to avoid a long economic disaster. Fertitta, who also owns the Houston Rockets and is worth $3.2 billion, said his company is “doing basically no business.” His demand goes against a school of thought that says prematurely reopening the economy could kill more people and eventually cause more economic harm.

Billionaires and other members of the elite have the luxury of social distancing while making money. The ones who want workers back in their jobs say they’re aiming to stop millions from suffering for years and falling further into debt. Officials are trying to accomplish that by restricting foreclosures and allowing Americans to defer mortgage payments.

“It’s outrageous,” said Robert Reich, who was labor secretary for President Bill Clinton and now studies public policy at the University of California, Berkeley. “It is absolutely necessary to shut down the economy so that millions of people don’t die. For the privileged among us to fail to see that and to give the economy precedence over this public health emergency is morally reprehensible.”

The push to restart the economy makes a certain amount of sense to rich people, according to Reich, because they have come to expect as the system’s top winners. “The one flaw in their logic this time is that the coronavirus doesn’t understand class,” he added. “The more people are infected, the more likely it is that Blankfein and other billionaires will become infected as well.”

Jim Conway was a server in an Olive Garden in Pennsylvania until it closed about two weeks ago. He’s been out of work and isn’t getting paid while his application for unemployment benefits gets processed.

“Being an older worker, I’m in no hurry to go back in the middle of an epidemic,” Conway, 63, said. “Being a server means you’re in contact with lots of different people, and puts you at bigger risk of getting infected. I’m kind of glad they closed when they did.” He wants the outbreak under control before the restaurant reopens, but worries that politicians and businesses tend to focus on their bottom line before people like him.

“They’ve never really had our interests at heart,” he said. “And now would be a weird time to start.”

One of those government officials, Texas Lieutenant Governor Dan Patrick, said on Fox News that Americans should get back to work and let “grandparents” take care of themselves.

Dick Kovacevich, who ran Wells Fargo & Co. until 2007, wants to see healthy workers below about 55 or so to return to work late next month if the outbreak is under control. “We’ll gradually bring those people back and see what happens. Some of them will get sick, some may even die, I don’t know,” said Kovacevich, who was also the bank’s chairman until 2009. “Do you want to suffer more economically or take some risk that you’ll get flu-like symptoms and a flu-like experience? Do you want to take an economic risk or a health risk? You get to choose.”

Mark Cuban, who owns the Dallas Mavericks, wants Americans to listen to epidemiologists instead. “Ignore anything someone like me might say,” Cuban wrote in an email. “Lives are at stake.”