For decades, lawyers in the United States have collaborated on pro bono efforts. Being a U.S. legal practitioner carries with it an ethical obligation to serve underprivileged clients – lawyers recognize this and also acknowledge that sharing ideas, resources and best practices can enhance their efforts.

In the 21st century – with pro bono and related rule-of-law work increasing among lawyers in all corners of the world – partnerships to support under-served regions must expand as well. In fact, collaboration between and among non-governmental organizations (NGOs), legal service providers, law firms and in-house departments is even more important now that pro bono has gone global. To understand why, it helps to examine what has driven the expansion of global pro bono and the key lessons learned.

The Rise of Global Pro Bono

Historically, there has been relatively less demand for private lawyers willing to work at no charge in certain jurisdictions outside of the U.S. due to strong legal aid programs supported by a number of governments. In some regions, protectionist policies actually inhibited the pursuit of pro bono services. But recently there have been cuts to government-funded legal aid in many places spurred by austerity measures. In addition, law firms have expanded internationally, presenting an opportunity to improve access to justice in a growing number of regions.

Global law firms with offices in under-served regions, as well as those willing to work on pro bono and rule-of-law projects in places where they may not have a presence, have stepped in to help, combining local presences with experience operating pro bono programs. Many of these global firms also employ full-time pro bono lawyers and other professionals to guide these efforts.

The benefits for global firms from this kind of work are enormous. Firms enjoy increased professional development and satisfaction for lawyers, improved recruitment and retention, and cross-sector and cross-border connections among participants. This type of feedback is regularly noted by DLA Piper lawyers participating in projects through New Perimeter, a nonprofit affiliate the firm established in 2005 to provide long-term pro bono legal assistance in under-served regions around the world to support access to justice, social and economic development and sound legal institutions.

A New Era of Collaboration

This past March, the expansion of global pro bono and the related need for collaboration were on full display at a gathering hosted by Pro Bono Institute (PBI) and New Perimeter. Lawyers from major law firms, corporations and NGOs gathered in Washington, D.C., to honor the legacy of PBI’s late founder, Esther F. Lardent, and further her work of bringing people together to effect change.

The participants discussed how much more can be accomplished when they work together on global pro bono projects, rather than operating in silos. The discussions also turned to key areas where lawyers can collaborate to more effectively increase access to justice worldwide, including: the global refugee crisis, access to justice in rural areas, and violence against women. In addition to the practical advantages of pooling resources and not duplicating efforts, collaboration brings a diversity of perspectives and skillsets of lawyers from different types of organizations that contributes to the success of initiatives.

For example, for the past seven years, New Perimeter has partnered with in-house lawyers from GE to provide legal drafting skills training to law students in Tanzania and Zambia. The volunteer trainers benefit from the shared resources, and the students gain a variety of professional experiences and wisdom imparted by the firm and in-house lawyers. 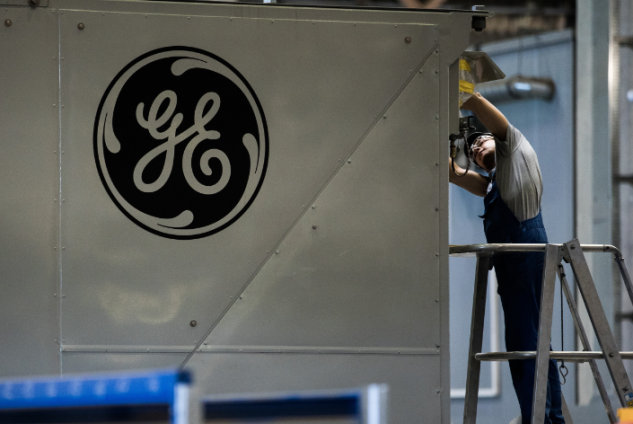 A GE logo sits on a panel as an employee works inside the General Electric Co. power plant in Veresegyhaz, Hungary, on Tuesday, June 13, 2017.
Photographer: Akos Stiller/ Bloomberg

Another key theme of the event was the need for strong partnerships with local organizations. Such partnerships help well-meaning pro bono practitioners avoid the perception of imperialistic practices and ensure the work is in accordance with local priorities. The goal is not to replace the efforts of local organizations and public interest lawyers. Instead, work done locally should be supported or supplemented by volunteers and pro bono practitioners. This was a smart approach even when pro bono was mostly a domestic affair. But given cultural differences and historical considerations in many regions, it’s even more important for global efforts.

As an example, New Perimeter partners with Canadian NGO Women Lawyers Joining Hands and the Nepal Bar Association to provide continuing legal education to female Nepali lawyers. Earlier this year, lawyers from the Nepal Bar Association and seven different DLA Piper offices provided training to 60 female lawyers on such issues as legal ethics, commercial law and international arbitration. The input of the local bar association is critical to ensure that the training is appropriately tailored to the Nepali context.

Pro bono legal services and related activities, on their own, can’t meet the needs of the millions affected by the deep gaps in access to justice around the world. But there is a lot that global law firms, corporations, NGOs and others can do by collaborating and learning from each other to further a more just world for all.

Lisa Dewey serves as Pro Bono Partner at DLA Piper and Director of New Perimeter (the firm’s nonprofit affiliate that provides long-term pro bono legal assistance in under-served regions around the world), and guides the vision and strategic direction of the firm’s domestic and global pro bono programs.

Eve Runyon is the President and CEO of Pro Bono Institute, a nonprofit organization that works with law firms, in-house legal departments and public interest organizations to support and enhance their pro bono efforts. She previously served as the Director of Corporate Pro Bono, a partnership project between PBI and the Association of Corporate Counsel to expand pro bono within in-house law departments.