Wanted: a new part-owner for the Oklahoma City Thunder, one of the most successful small-market NBA teams of the past decade. Requirements: patience while the team rebuilds its lineup.

A 22% stake in the team -- previously owned by the late energy magnate -- is available, according to people familiar with the situation. The sale will be run by the boutique investment bank Inner Circle Sports, said the people, who asked not to be identified because the process is private. The New York-based firm declined to comment. 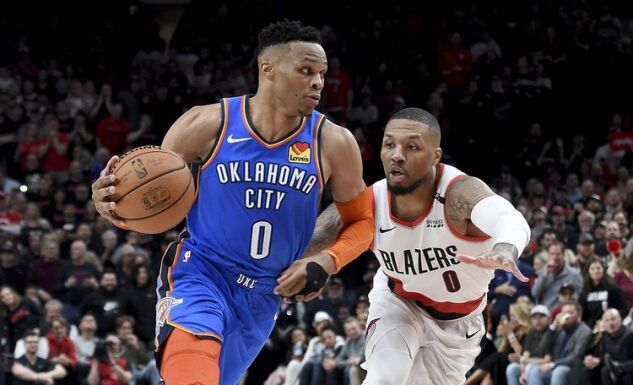 Russell Westbrook of OKC drives on Damian Lillard of the Portland Trail Blazers during a game on April 14.
Photographer: Steve Dykes/Getty Images

The deal comes at a time of transition for the ...