Inspired by the high-profile campaign to unionize an fulfillment center in Alabama, workers in Baltimore, New Orleans, Portland, Denver and Southern California have begun exploring ways to form unions at their own Amazon facilities. The Retail Wholesale and Department Store Union, which is leading the drive in Bessemer, Alabama, says it has heard from 1,000 Amazon workers around the country.

These efforts are nascent and may fade, but labor experts say they could presage a multi-front campaign to improve working conditions at the world’s largest e-commerce company even if the RWDSU loses in Bessemer, where the vote to unionize ends March 29. “There are strikes and elections that become historical pivot points,” says Kate Bronfenbrenner, the director of labor education research at Cornell University. “This is one of them.”

As the RWDSU focuses on Alabama, the Teamsters are taking the battle beyond Amazon’s warehouses and into its delivery operations, where drivers earn about half as much as some of their unionized counterparts. Even the construction unions, which help build Amazon facilities and have an uneasy truce with the company, are starting to find common cause with warehouse workers over workplace safety.

Union leaders also point to a favorable political climate. President Joe Biden recently the Alabama workers’ right to unionize, and on Wednesday a Bessemer worker activist testified before a Senate hearing on wealth inequality that Jeff Bezos—chief executive officer and the world’s wealthiest man—declined to attend.

On the other hand, Amazon has spent the last quarter-century stamping out labor activism before it could spread and constrain the company’s ability to deliver packages quickly and cheaply. Amazon is waging a fierce information war against the RWDSU in Bessemer and can be expected to do the same at other facilities if the activism takes root. In interviews, workers who support at least talking with the unions acknowledge that they fear retribution and are struggling to persuade those colleagues who believe the wages and benefits are fair.

An Amazon spokeswoman declined to comment on the potential spread of labor activism to other facilities. 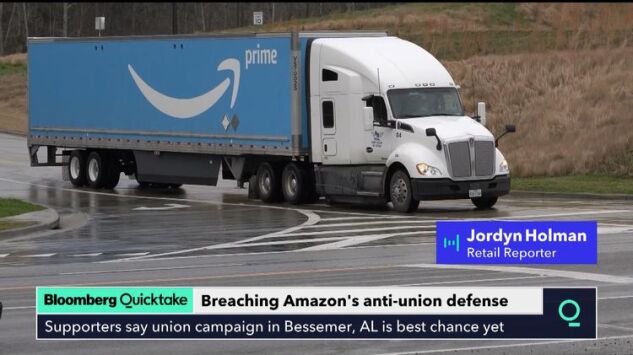 Amazon Union Is a Tough Sell for Workers in Alabama

During the pandemic, working conditions became Topic A in internet chat rooms where Amazon employees around the U.S. congregate. More recently the conversation has turned to the union drive in Bessemer. A warehouse worker in Portland, Oregon, last month argued with a colleague online about the pros and cons of joining a union. The conversation began when a worker posted a screenshot of a manager’s text challenging a team to a race. The fastest worker would win a $25 gift card.

To many workers on the thread, the text was a reminder of how managers pit them against each other with the chance of a small reward rather than investing in better wages to motivate the entire team. Shortly after debating another colleague about pay, the Portland worker received a private message encouraging him to “channel his discontent” into forming a union, along with contact information for a labor organizer. He followed up and has been discussing the idea with a small group of colleagues.

“I feel as though helping create a union at Amazon is something I could be meant for,” says the worker, who spoke on condition of anonymity to avoid angering his managers. “Without collective bargaining, nobody on this planet wins except for billionaires with lobbyists.”

A warehouse worker in Baltimore says he was inspired by the Bessemer campaign and began scrawling pro-union messages on an employee bulletin board. But the worker says he has received little support from colleagues, has yet to hear back from the RWDSU and is thinking about contacting a different union. A 28-year-old New Orleans warehouse worker drove five hours to Bessemer last month to support a pro-union rally and says the workers there are creating a blueprint that their colleagues around the country can follow.

“If the most powerful company in the world can be unionized in an anti-union state like Alabama, it gives hope to people in Louisiana, in Mississippi, in West Virginia who are trying to do the same thing,” he says. “We just have to support the fight wherever it’s at because the fight is going to come to us.”

Another worker in Denver created an online chat room where workers could discuss organizing that facility but admits to being too scared to do anything further. 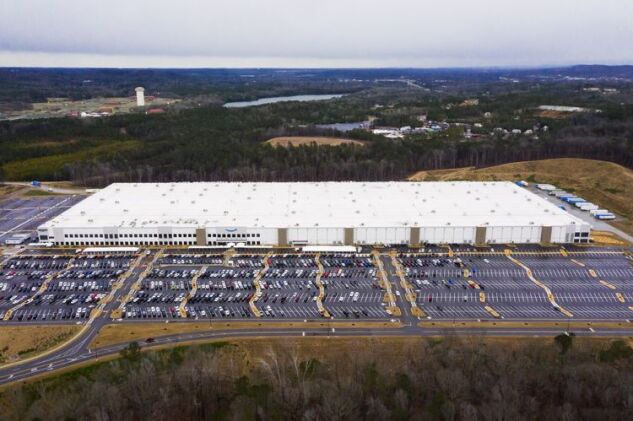 Workers say retaliation for organizing is a real threat. An employee in Nashville was fired in retaliation for discussing workplace conditions, and another in Illinois was pulled off of a shift “to discourage employees from engaging” in activism, according to complaints filed in February with the National Labor Relations Board. The Amazon spokeswoman declined to address the allegations that the company retaliated against the two workers.

So far the labor activism is limited for a company of Amazon’s size. A Nevada warehouse worker has been following news about the union drive but says there hasn’t been any breakroom chatter about the vote. A worker in Pennsylvania says colleagues have discussed the extent to which race could be playing a role in Alabama, where most Amazon workers are Black. But she says her fellow employees haven’t considered a similar effort. “People are just trying to work and go home,” she says. “Amazon makes you very tired, drained both physically and mentally, but benefits are good.”The unions, which have targeted Amazon for years, are stepping up the pressure by trying to persuade employees they can in fact do better.

The Teamsters are recruiting Amazon delivery drivers around the country but acknowledge the company’s health benefits and a $15-an-hour starting wage make their pitch difficult. It doesn’t help that Amazon contrasts its employment package with part-time retail jobs rather than union warehouse and trucking jobs that pay much more. The Teamsters are trying to change the conversation by talking about how Amazon is eroding wages and benefits for what have long been middle-class careers.

“The message we’re hoping will resonate is, ‘You can’t treat people like this in this industry,’” says Randy Korgan, secretary-treasurer of Teamsters Local 1932 in San Bernardino where the union has been busy doing outreach with Amazon workers. “If Amazon was paying such a good wage, people wouldn’t be moving on and going to the next job. They’re just burning through the workforce and they’re going to continue to burn through the workforce.”

The Teamsters are also trying to drive a wedge between Amazon and the construction unions, which have joined political forces with the company in the past—supporting the aborted plan to build a second headquarters in New York and helping defeat a proposed payroll tax designed to combat Seattle’s homelessness problem.

Now construction unions are getting noisier when Amazon’s developers use non-union contractors on construction projects, which union members say creates safety concerns. A group of iron workers in Southern California walked off an Amazon construction site in February to protest the use of non-union crews. The Merrimack Valley Building Trades Council, which represents 20,000 union workers north of Boston, has raised similar concerns about a proposed Amazon warehouse in Andover. (The Amazon spokeswoman said the company uses an open-bid process and works with union and non-union contractors.)

The Teamsters have been pushing the Merrimack Valley labor council to think beyond its own members and show solidarity with warehouse workers and delivery drivers to demand good wages and a safe workplace, says Chris Brennan, president of the council. Unions in different industries recognize they have to unite on common issues such as safety and wages to have a stronger voice against a powerful foe, he says.

“Taking on a behemoth like Amazon is going to take an army,” Brennan says.

The unions have one thing in common. They’re all losing members even as Amazon’s workforce balloons. The company employed 1.3 million people globally at the end of 2020, up 63% from a year earlier, and is now the second biggest private employer in the U.S. behind Walmart Inc.

Labor activists are hoping that the country’s increasing focus on wealth inequality will help revive a movement that has had few victories at top non-union employers in recent decades.

“People understand this is about something much bigger than Alabama and even much bigger than Amazon,” says Stuart Appelbaum, president of the RWDSU. “It’s really about the future of work and how workers are going to be treated.” He says that even if his union loses the vote in Bessemer, “this campaign will result in an explosion in organizing around the country.”

in San Francisco at jeidelson@bloomberg.net