Applications for US state unemployment insurance rose by the most in nearly a year during the week that included the Memorial Day holiday.

climbed broadly across states by 27,000 to 229,000 in the week ended June 4, Labor Department data showed Thursday. The figure topped all estimates in a Bloomberg survey of economists. On an unadjusted basis, claims rose by about 1,000. 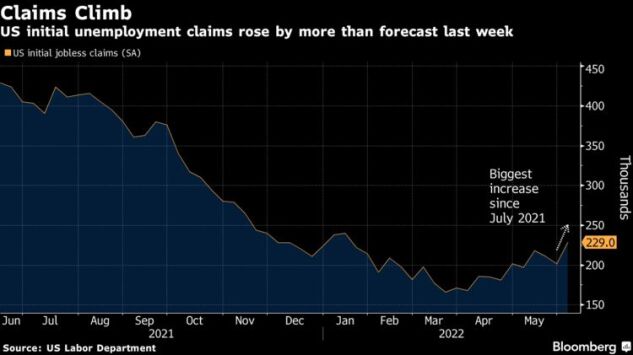 for state benefits held at 1.3 million in the week ended May 28.

The jobless claims data, which can be choppy from week to week, tend to be especially volatile around holidays. ...