On April 3, we reviewed the impact of economic downturns on people working in legal occupations in the United States. That analysis provided a look at unemployment figures for legal occupations—past and present—with a breakout by gender.

Today, the Bureau of Labor Statistics released unemployment rates for the month of April, so it is time to update the data and all the graphics provided in our April 3 analysis. 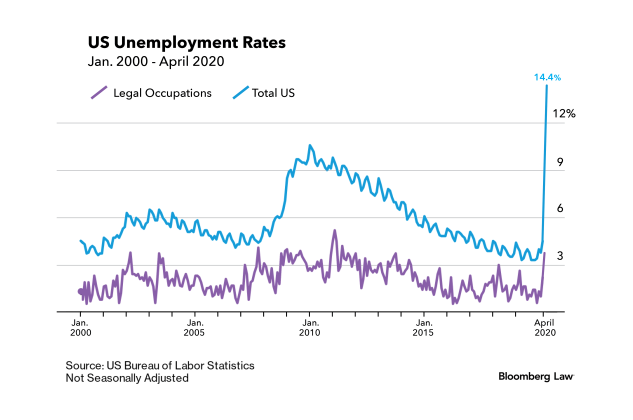 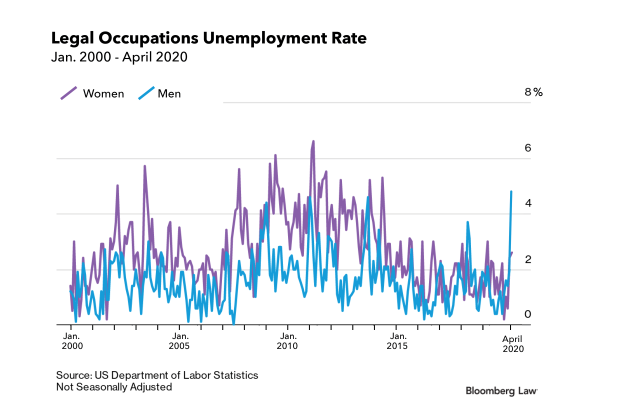