Union organizers are having a banner year, racking up heyday-evoking win totals at the National Labor Relations Board. And with new union locals popping up at Starbucks locations seemingly every day, it’s easy to presume that baristas are the driving force behind the unionization surge.

But a closer look at the NLRB’s election results for the first half of the year reveals that labor’s huge gains aren’t just the result of a Starbucks spillover.

Unions prevailed in 641 NLRB elections in the first half of the year, according to Bloomberg Law’s just-released NLRB Election Statistics report. That’s the highest H1 win total for labor in nearly 20 years. 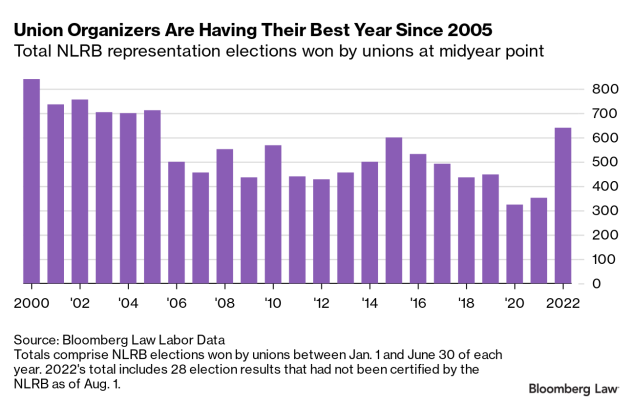 A search of Bloomberg Law’s Labor PLUS database shows that exactly 200 of those H1 wins occurred in Starbucks workplaces. That means that unions have Starbucks workers to thank for 31% of their victories at the NLRB in first-half 2022.

But even if those 200 elections had never happened, the number of union wins in first-half 2022 still would have outnumbered 2021’s total of 355 wins. 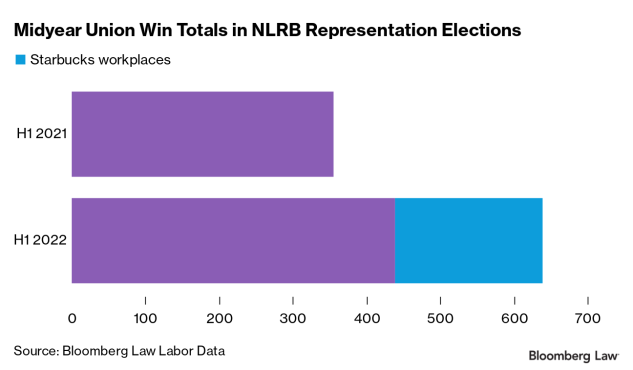 It’s not just the number of election victories that demonstrates this trend. More importantly, it’s the number of workers who are now card-carrying union members as a result of those victories.

Labor’s H1 2022 wins successfully organized a total of 43,150 workers, which is more than double the number of workers organized in first-half 2021. In fact, it’s more than the total for all of 2021. And only 12% of that total came from those 200 Starbucks elections. 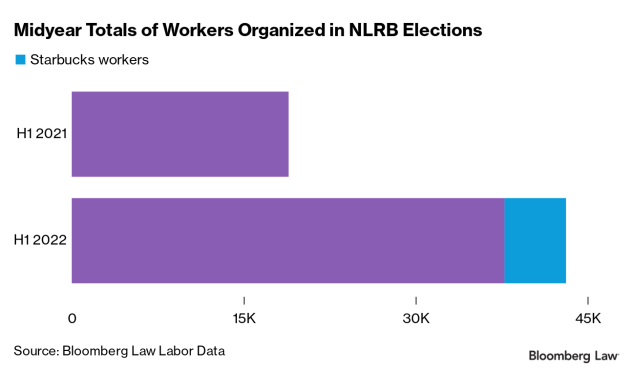 For all of the gains that the Starbucks unions have made, the fact still remains that barista bargaining units are very small: The average win added only 27 workers to the union rolls.

Compare the Starbucks total to the number of workers organized in just the four union wins in first-half 2022 that involved more than 1,000 workers. 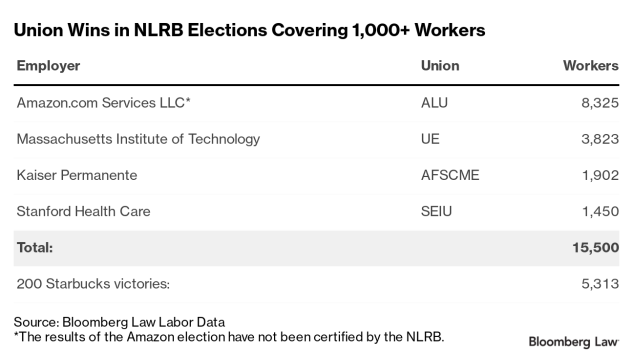 Based on these findings, it would be short-sighted for management lawyers to presume that labor’s recent resurgence is limited to any one company—even one as high-profile as Starbucks.

(Updated to add a chart showing first-half union win totals. An earlier version of this article was corrected to change the number of union wins from 639 to 641 and the number of workers organized from 43,092 to 43,150.)