Demonstrators carry signs and a large inflatable rat during a 2012 labor protest outside of the Capitol building in Lansing, Mich.
Photographer: Jeff Kowalsky/Bloomberg via Getty Images 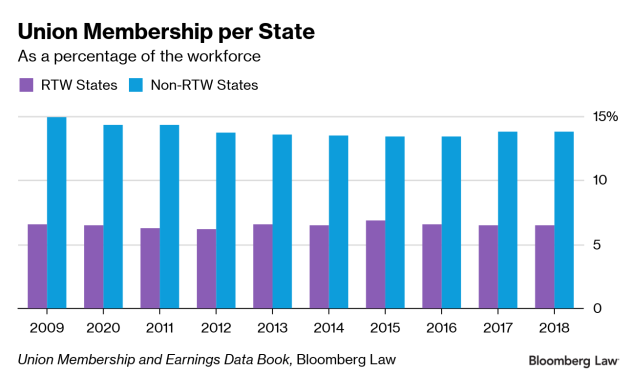 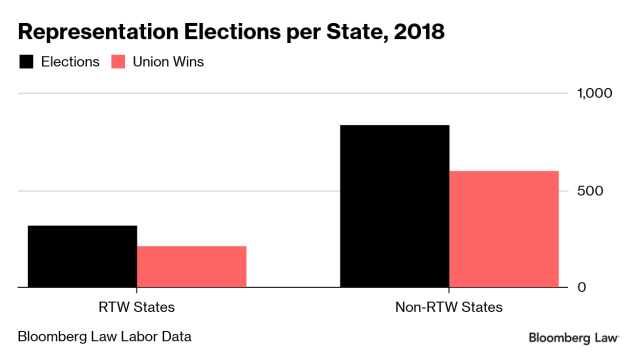 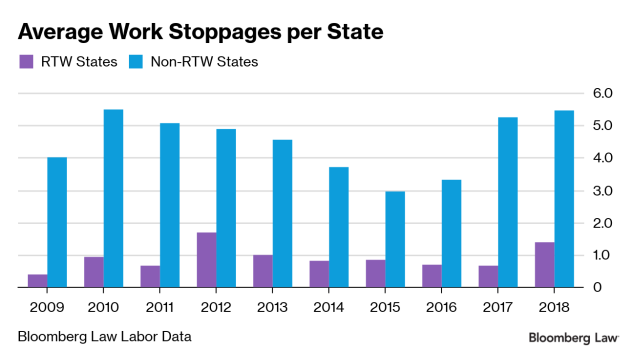 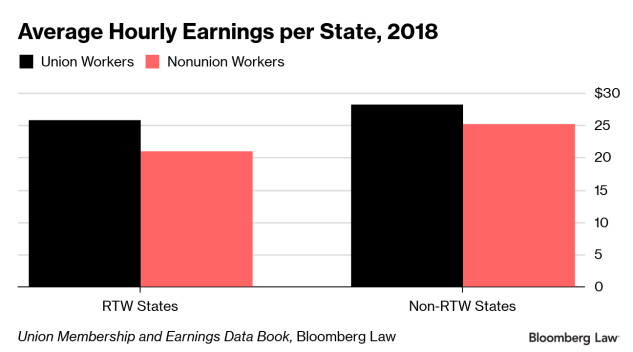