Picture taken on September 18, 2018 shows the company logo at the headquarters of the technology and financial services company Wirecard in Aschheim near Munich, southern Germany.
CHRISTOF STACHE/AFP/Getty Images

As businesses and financial markets continue to grapple with the pandemic downturn, the number of investor activist campaigns is still down from last year, according to data from the Bloomberg Terminal. However, some activists are undeterred.

TCI Fund Management Ltd., one of the world’s best-performing large hedge funds, launched a campaign against Wirecard AG., involving one of the largest accounting scandals in Germany. Some experts are now calling Wirecard the new Enron. 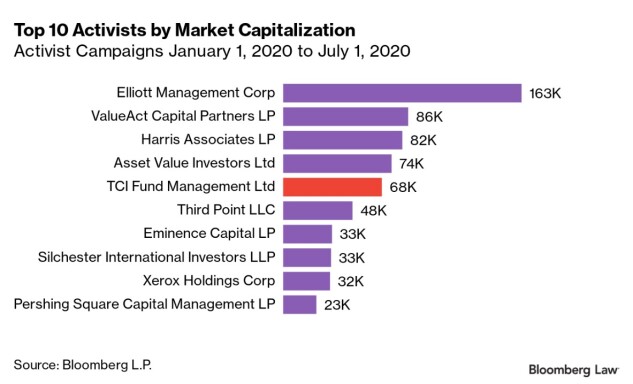 Wirecard, a now-defunct German payments processor, became a target of TCI following a financial scandal involving claims of improper revenue recognition. According to Bloomberg, 1.9 billion euros ($2.1 billion) were missing from Wirecard’s balance sheet. The company filed for insolvency in June, and its CEO, Markus Braun, was arrested for fraud. There is also an ongoing securities fraud class action by U.S. shareholders against Wirecard, some of its officers, and its auditor, Ernst & Young LLP. 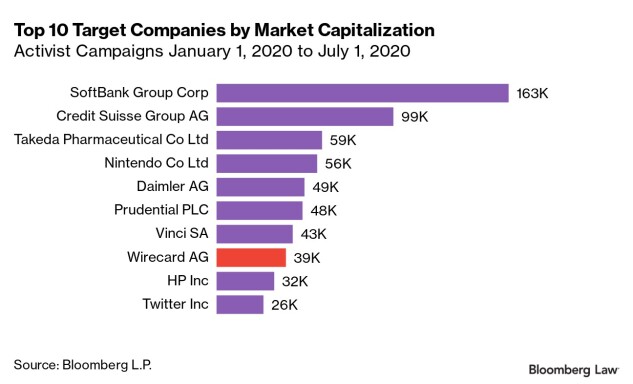 TCI’s campaign was unusual, given that the fund did not take a significant stake in Wirecard. Rather, the fund held short positions in the company’s stock, indicating that TCI did not think that even a management change could right Wirecard’s fortunes.

In the aftermath of the scandal, the German Finance Minister is calling for financial regulation reform to avoid a repeat of the supervisory failures of its regulator, BaFin. German politicians are also calling for the Big 4 accounting firms—Deloitte, PwC, EY, and KPMG—to separate their auditing services from consulting services.

This episode illustrates how unlikely it is that the pandemic will dissuade activists like TCI from launching campaigns against targets already entangled in fraud and other corporate scandals. Wirecard can serve as a warning for other companies to watch for activists taking short positions in their stock.