Amid the pandemic and economic downturn, the fourth quarter of 2020 saw new climate-focused activism campaigns, according to data from the Bloomberg Terminal. Two activists focusing their campaigns on climate change in Q4 joined the top 10 list of activist organizations by market capitalization: Engine No. 1 LLC and TCI Fund Management Ltd. 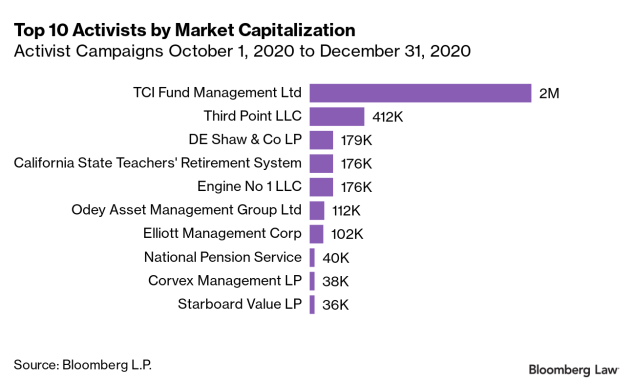 Engine No. 1 LLC, a new investment firm founded by hedge fund veterans Christopher James and Charles Penner, says it focuses on investing in workers, communities, and the environment. On Dec. 7, the firm submitted a letter to Exxon Mobil Corp.'s board expressing its concern over the company’s sustained underperformance and failure to address climate change concerns. 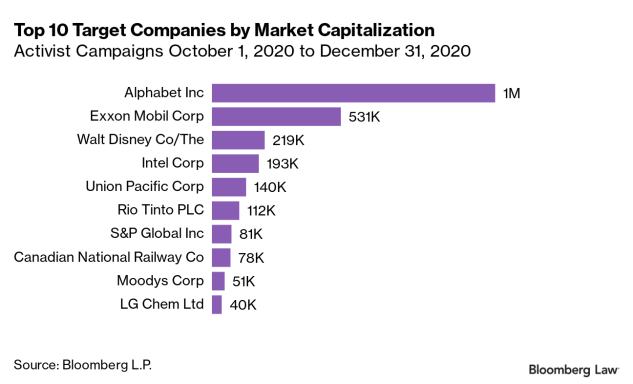 The “Say on Climate” campaign was started by the Children’s Investment Fund Foundation, owned by Sir Christopher Hohn of TCI. The CIFF says it expects that the campaign will file shareholder resolutions at several companies globally in 2021 and 2022.