has hired restructuring experts from for advice on reworking its approximately $2 billion debt load as social distancing scraps celebrations, according to people with knowledge of the matter.

The chain has also been interviewing investment bankers to help it prepare for a potential , said the people, who asked not to be named discussing private negotiations.

Party City was already struggling after poor Halloween sales and last year’s helium shortage, which cut into balloon sales. But the shutdown of most commerce over a vast swath of the country, not to mention prohibitions against gatherings, has made its situation even more critical. The company said Friday it has suspended its 2020 guidance and extended its store closures.

A representative for Elmsford, New York-based Party City didn’t respond to a request for comment, while AlixPartners declined to comment. 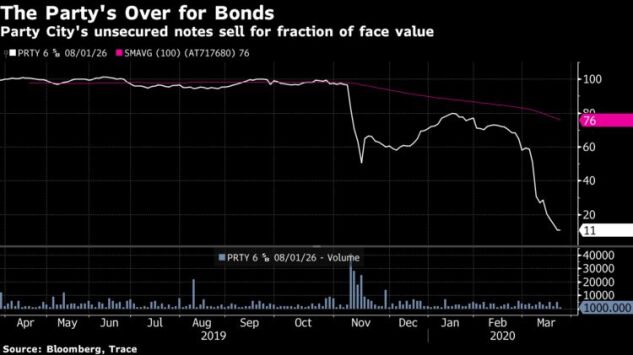 The chain found a niche when it first opened in 1986, with its vast repositories of disco balls, streamers and Santa hats. But it has since faced competition not only from online merchants but from giants like and

A sharp for the period ending Sept. 30 punctured Party City’s stock and sent its bonds to deeply distressed levels.