After pushing for weeks for government intervention to help asset-backed securities markets, isn’t optimistic about his chances.

“We’re fighting politics,” the founder and chairman of said in a phone interview from his Santa Barbara, California, home, where he’s riding out the Covid-19 pandemic with his family. “In an election year, nobody wants to be viewed as bailing out over-leveraged industries -- even if that’s not what is happening.” 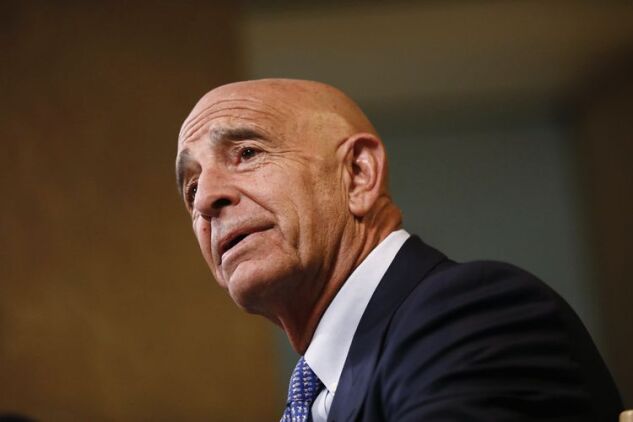 Barrack, 72, is no stranger to politics: His first job after graduation was at the law firm of , President Richard Nixon’s personal attorney, and he later served as a deputy undersecretary in the Reagan administration before starting his business career. He has been close to President Donald Trump and remains friends with , who he called one of the best treasury secretaries ever. But his connections haven’t helped him overcome politicians’ wariness about bailing out less-understood parts of the financial sector.

Commercial mortgage-backed securities and collateralized loan obligations “are nasty words in our political environment,” he said. After the 2008 financial crisis, there was a view that the benefits of bailouts flowed “only to the big guys, the crony capitalists -- the AIGs, the Goldman Sachs. In fact, that’s not true -- you had to help those people in order to help the little guys.”

Why bail out real estate investment trusts and business-development companies, the “non-bank banks” as he calls them, when the current system was designed to eliminate too-big-to-fail institutions? “They’re the conduit that is providing the liquidity to the system,” he said. If it stops, “the people you’re trying to help, the small and medium enterprises are the ones that are going to be crushed.”

Barrack could be accused of talking his own book. The share price of Colony Capital, the REIT he founded in 1991, dropped 70% this year through Friday, personally costing Barrack at least $90 million. 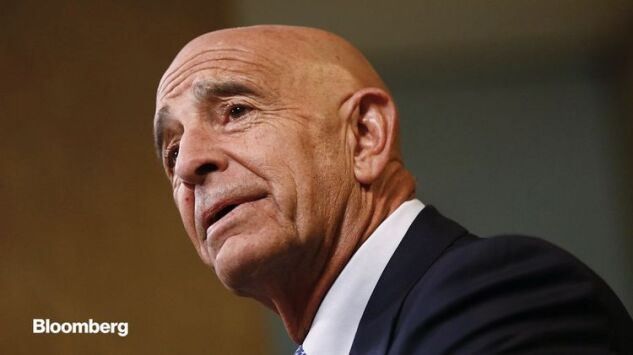 WARCH: Real estate billionaire Tom Barrack says there is a liquidity crisis in the U.S. commercial-mortgage market, and banks and government need to take action to prevent an eventual market collapse. He spoke on March 23.
Daybreak: Americas.” (Source: Bloomberg)

A Bloomberg index of mortgage REITs in early trading Monday, snapping a six-day slump, though the total value of all such securities in North America has tumbled to about $30 billion from $85 billion on Feb. 20. Still, Barrack says that it’s the average REIT investor that politicians should be thinking about.

“These entities are not owned by KKR or Blackrock,” he said. “They are owned by mutual funds, ETFs, life insurance companies, pension funds, endowments, and retail investors.” Many large asset managers do have associated REITs, from which they collect management fees, but the owners are mostly other groups.

Barrack has called for a halt to the margin calls that have caused five REITs to enter forbearance discussions since mid-March. The market for their non-government-backed commercial and residential debt evaporated as concerns over rent and mortgage payments during the shutdown increase. Banks have written down the value of their collateral, which generates margin calls.

Barrack doesn’t think that the Federal Reserve will listen to investors urging wider eligibility of structured-finance securities in the Term Asset-Backed Secured Lending Facility, or TALF. “I believe AAA non-agency CMBS and CLOs have the best odds of being added,” he said, but not other investment-grade securities in those asset classes.

Apollo Global Managment Inc. co-founder last week also for an expansion of TALF to include a broader range of securities, saying, “The Fed’s duty is to preserve the economy, not to avoid all credit risk.”

Eventually, the economic situation could force the Fed’s hand, Barrack said. “In the next few months unemployment and bankruptcies will skyrocket,” he said. “Bankruptcy courts won’t be able to handle the numbers.”

“When you’re fighting a war, you should use the theory: Roll everything out, even if you don’t think you’re going to need it.”

To contact the reporter on this story:
in New York at tmaloney38@bloomberg.net