A top official is issuing a warning about fast-growing and largely unregulated shadow lenders: They were a big factor in why central banks had to save markets earlier this year, and much more needs to be done to assess the risks posed by the sector.

The coronavirus crisis has exposed potential weaknesses tied to nonbank financial firms, including excessive leverage, interconnectedness and instances of assets freezing up that investors assumed were akin to cash, according to Federal Reserve Vice Chairman . Such factors left central banks with no option other than intervening, he said, speaking in his capacity as chairman of the global Financial Stability Board. 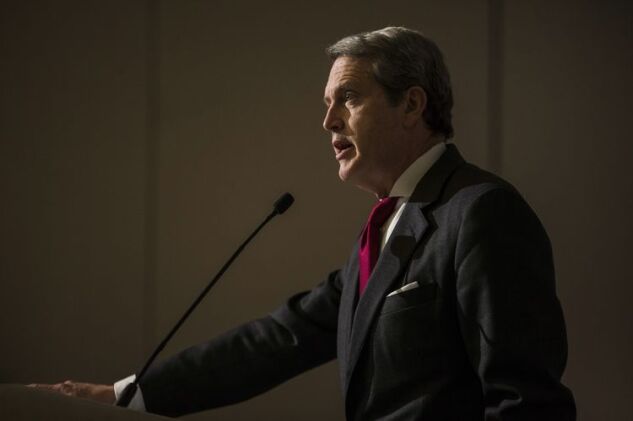 “While extraordinary central bank interventions calmed capital markets, which remained open and enabled firms to raise new and longer-term financing, such measures should not be required,” Quarles wrote in letter dated Tuesday to his counterparts at other central banks. It’s “more important than ever” to understand the possible threats of nonbanks, he added.

In mid-March the Fed started rolling out emergency lending facilities focused on ultra-short-term that dried up as companies, banks and investors began hoarding cash. One of the quickest programs established was the Money Market Fund Liquidity Facility. It was crucial to restoring order because institutional investors began withdrawing rapidly from so-called prime money market funds, vehicles that invest partly in short-term company IOUs.

Since the disruption, at least one big provider of institutional prime money funds, Fidelity Investments, announced it would shut down those funds and steer customers mainly into funds that invest exclusively in government-backed securities. Boston Fed President reacted by saying he hoped other fund providers would follow suit.

In his letter, Quarles also warned of the risk of renewed turmoil to financial markets, notwithstanding the unprecedented support already provided by policy makers.

“We may be seeing significant pricing disconnects between the market and economic fundamentals, which could result in sudden and sharp repricing,” Quarles wrote. “The impacts of these economic strains may be amplified in emerging markets, given the risks to their currency and debt markets from capital outflows.”

After plummeting in March with the onset of the pandemic, the has rebounded sharply and is closing in on levels that prevailed at the start of this year. U.S. unemployment, in contrast, is more than three times higher than it was before the Covid-19 outbreak, and now stands at 11.1%

Following the 2008 financial crisis, regulators and lawmakers imposed aggressive new limits on banks. But reforms such as the Dodd-Frank Act did little to boost oversight of nonbank firms that contributed to the meltdown. Agencies still have limited authority over investment funds, mortgage firms and insurers -- even as such firms have stepped up their activity in financial markets.

The FSB expects to conclude a review of the March turbulence by November, Quarles said. As international regulators get a better sense of the vulnerabilities, it’ll help them decide “where policy responses may be needed,” he said.