Senate Majority Leader set up a vote to advance the nomination of to the Federal Reserve Board but took no action to open ’s path to the Fed, dimming chances for the controversial nominee.

McConnell’s action on Waller’s nomination Monday could clear the way for his confirmation later this week. He took no steps to try again to advance Shelton, a former economic adviser to President who’s confirmation was blocked before the Thanksgiving break.

That leaves McConnell a narrowing window of time for action on Shelton, given that Republicans will lose a vote if Arizona Democratic Senator-elect is sworn as expected on Wednesday. With three Republicans opposing Shelton, a vote by Kelly with his party would keep Shelton off the Fed.

Waller is research director at the Federal Reserve Bank of St. Louis, and his nomination and Shelton’s were advanced by the Senate Banking Committee to the Senate floor in July. While Shelton drew criticism from some Republicans as well as Democrats, Waller’s nomination hasn’t generated strong public opposition. 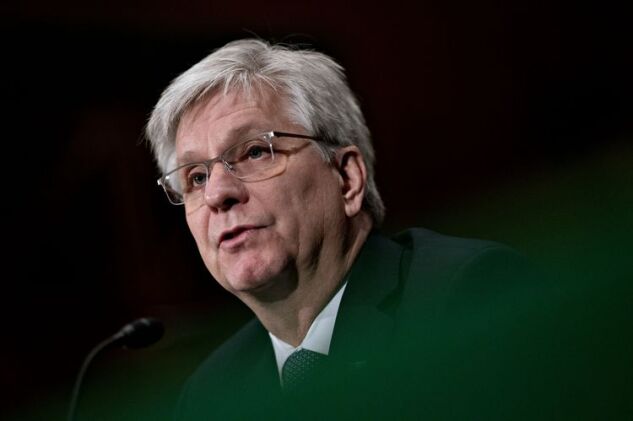 Kelly, who defeated Republican Senator in a special election on Nov. 3, is set to be sworn in at noon on Wednesday and there’s no expectation he would buck his party on Shelton. Three Republican senators -- of Tennessee, of Utah and of Maine -- have said they oppose Shelton and that would leave the vote at 51-49 against advancing her nomination.

“The question on the Shelton nomination is ultimately a decision the leader will have to make, but it will probably be predicated on attendance for one and whether or not we have the votes,” Thune said.

If every senator shows up and votes as expected and McConnell calls the vote before Kelly is seated, Shelton would have just enough votes to get confirmed 51-50 with Vice President casting the tie-breaking vote.

A vote to advance her nomination was blocked Nov. 17 on a 47-50 vote, because Republican Senators of Iowa and of Florida were quarantined after being exposed to Covid-19. McConnell in a procedural maneuver changed his “yes” vote to “no,” giving him the option under Senate rules to hold a new vote later.

Shelton, 66, a former informal adviser to Trump, was long known for her advocacy of a return to the gold standard, ultra-hawkish views on inflation and opposition to federal deposit insurance. She provoked further controversy and opposition by abandoning those positions and calling for interest-rate cuts to align herself with Trump as she emerged as a candidate for a Fed post.

She has also questioned the relevance of the Fed’s dual mandate, set by Congress, to pursue maximum employment and price stability.

Laura Litvan
Bloomberg News
Shelton Running Out of Time to Get Confirmed to Fed Seat (1)
© 2021 The Bureau of National Affairs, Inc.
All Rights Reserved