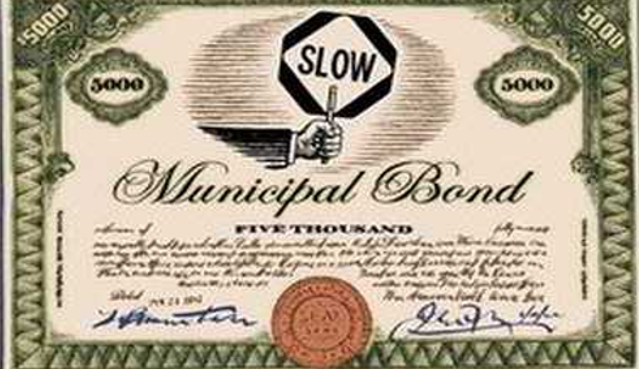 In the past two months, two cities launched multibillion-dollar class actions against some of the top financial institutions in the world. This marks a trend--potentially the largest step to date--in municipalities giving serious attention to their legal claims and aggressively leading litigation.

On Feb. 21, the city of Philadelphia filed a class action lawsuit in the Southern District of New York against Bank of America, Merrill Lynch, Barclays, Citibank, Goldman Sachs, JPMorgan Chase, Wells Fargo, and others. The banks allegedly violated antitrust laws by colluding to keep the rates paid by cities and other governmental agencies for certain bonds artificially high.

On March 27, the city of Baltimore filed its own competing class action lawsuit, and it is likely other cities will soon follow suit.

The bonds are variable-rate demand obligations (VRDO). VRDOs are tax-exempt bonds with interest rates that reset periodically, often weekly. They are issued by municipal entities (including in some instances public utilities, school districts, and other tax-exempt organizations) to finance important infrastructure projects and public services such as schools, water systems, and transportation services.

For the municipal issuers, VRDOs are attractive because they allow the issuers to borrow money for long periods of time while paying short-term interest rates. Investors find VRDOs attractive because, in addition to having the credit backing of a governmental entity, the VRDOs have a built-in “put” feature that allows any investor to redeem the bond at any periodic rate reset, making them highly liquid investments.

When issuing the bonds, the governmental entities contract with banks that act as “remarketing agents.” The bank is then responsible for resetting the periodic interest rate at pre-determined intervals to the lowest rate possible that would permit the bonds to trade at par. And when VRDO holders take advantage of the “put” feature to redeem the bonds, the bank must then remarket the VRDO to other investors at the lowest possible rate.

Philadelphia and Baltimore allege, however, that instead of competing to offer the lowest possible rate for VRDO issuers, these financial institutions conspired to set artificially high rates. These allegations follow the filing of three separate whistleblower complaints, one of which was unsealed in 2018 and led the Department of Justice to begin a criminal investigation.

According to Philadelphia and Baltimore, the conspiracy included direct communications between supposedly competing banks as to the minimum rates they would set for VRDOs and the amount of VRDO inventory currently on their books. The cities allege that by setting VRDO rates at artificially high levels, the banks minimized their exposure to investors tendering back the VRDO to the remarketing agent. According to Philadelphia and Baltimore, this conduct began in 2008 and did not end until 2016.

These VRDO lawsuits reflect a trend: municipalities are increasingly initiating litigation on their own behalf and are in many instances leading such litigation.

Many municipalities experienced the cost of inaction in the 1998 Master Tobacco Settlement where, except in a few instances, municipalities received nothing from the settlement despite having borne many of the costs incurred by the undisclosed addictive properties and adverse health affects of tobacco. Since then, municipalities have become more engaged in the litigation process, asserting their own rights rather than sitting on the sidelines.

At a time of increasing budgetary problems (particularly following the 2008 Great Recession), litigation initiated by municipalities for strong claims provides a cost-effective method of closing budgetary gaps. This is particularly true in cases where contingency agreements with law firms allow those municipalities to seek significant recoveries and simultaneously eliminate their exposure to legal costs.

And unlike individual plaintiffs who bring class actions with small damages claims, large municipalities have significant enough damages to make litigation cost-effective even outside the class action context.

Examples of municipalities taking advantage of their litigation options abound, even outside of the context of VRDOs. For example, in contrast to the tobacco cases, hundreds of municipalities have filed lawsuits in the past two years for claims and damages resulting from the opioid crisis.

The VRDO lawsuits filed by Philadelphia and Baltimore represent the next step, and potentially the largest step to date, in municipalities giving serious attention to their legal claims and aggressively leading litigation.

Because municipalities are continuously offering more and more complex services, increasingly hold and issue ever-more complex and diverse investments, are becoming more legally sophisticated every year, and can always use more revenue, the trend of municipalities asserting their own legal claims—as a cost-effective means of increasing city revenue, whether through class action or otherwise—will continue to accelerate.

George A. Zelcs is a partner at Korein Tillery LLC. He focuses his practice in the areas of complex commercial litigation including antitrust, consumer fraud, pharmaceutical, qui tam/whistleblower, and securities litigation in state and federal courts. He has frequently served as lead counsel in numerous complex multi-party litigations, obtaining settlements or judgments ranging from fifteen million to in excess of ten billion dollars for his clients.

Randall P. Ewing Jr. is a partner at Korein Tillery LLC. He represents clients in all facets of high-stakes, complex litigation in federal and state court. Ewing is a trial and appellate litigator with more than a decade of experience in financial product cases, having been part of several teams that have successfully litigated multi-billion dollar breach of contract, antitrust, and securities disputes.

Korein Tillery LLC has represented municipalities to collect unpaid telecommunications taxes; this has led to at least $1 billion in additional revenues for the firm’s municipal clients. The firm has witnessed firsthand how strategic and effective litigation can dramatically improve the fiscal situation of the affected municipalities.