A plan released by Senate Banking Committee Chairman Mike Crapo on Feb. 1 for housing-finance legislation ending U.S. control of Fannie Mae and Freddie Mac probably won’t make much of a difference, some analysts say. They’re flagging the difficulty of moving legislation in Congress and the likelihood the Trump administration will take action.

Fannie shares fell as much as 5.7 percent in trading Monday, Feb. 4, and Freddie fell as much as 5.5 percent. Fannie has rallied 141 percent so far this year, while Freddie has gained 131 percent amid speculation change is coming for the two companies. 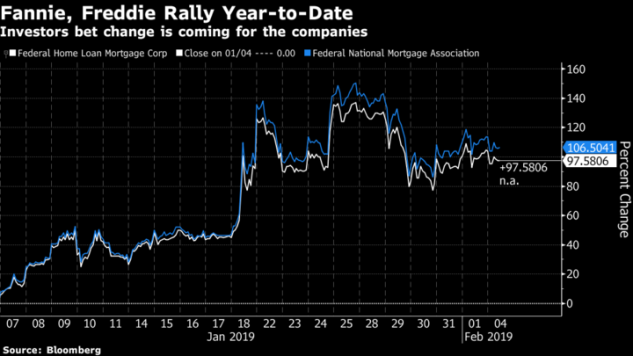