President visited Tulsa on Tuesday to mark the 100th anniversary of a White mob’s destruction of the city’s once-thriving Black business district, where he said Vice President would lead efforts to pass a new federal expansion of voting rights.

Biden visited privately with survivors of the Tulsa race massacre, one of the worst episodes of racial violence in U.S. history, before describing the incident -- for decades, little-known outside Oklahoma -- in a speech.

“The events we speak of today took place 100 years ago and yet I’m the first president in 100 years to ever come to Tulsa,” Biden said at the Greenwood Cultural Center, which commemorates a neighborhood that was once so prosperous it was known as “Black Wall Street.” 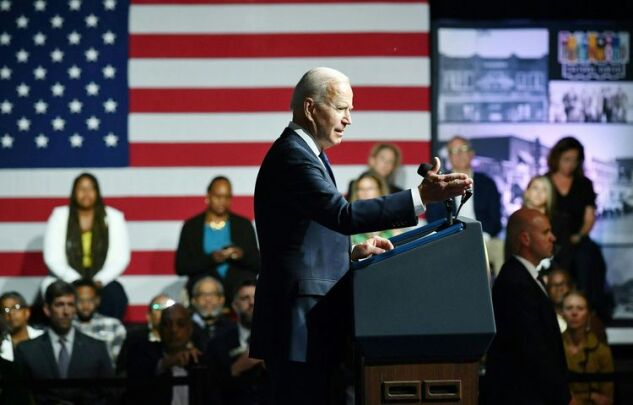 The mob assaulted the neighborhood after a Black man was accused in the local newspaper of raping a White woman. In reality, the man probably only stepped on her foot on an elevator, according to the Oklahoma Historical Society.

But the newspaper article unleashed pent-up racial tension in the city.

“Hell was unleashed. Literal hell was unleashed,” Biden said. “The mob terrorized Greenwood. Torches and guns, shooting at will. A murdered Black family draped over the fence of their home outside.”

The White attackers even used private airplanes to drop explosives on the neighborhood, Biden said -- “the first and only domestic aerial assault of its kind on an American city, here in Tulsa,” he said.

Biden has sought to make racial equity a centerpiece of his presidency and to combat systemic racism in U.S. society. His efforts contrast with Republican lawmakers in states, predominantly in the South, who have recently passed laws prohibiting schools from teaching that racism is embedded in U.S. culture, as well as new election laws that Democrats say would make it more difficult for Black and other minority voters to cast ballots.

“This sacred right is under assault with incredible intensity like I’ve never seen,” Biden said of the new voting restrictions. “It is simply un-American.”

Biden called again for Congress to pass its own election overhaul that would apply nationwide, easing access to the ballot. The legislation is seen as all but impossible to pass in the Senate, where Republicans hold 50 seats, unless Democrats move to weaken the opposition’s power to filibuster. 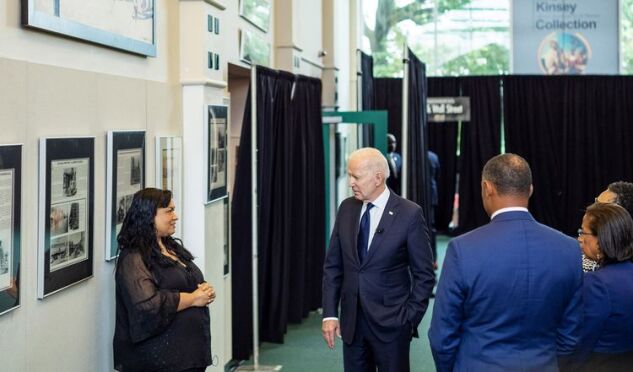 Harris will lead the administration’s effort to pass the bill, Biden said.

“I hear all the folks on TV saying, ‘Why doesn’t Biden get this done?”’ Biden said.

“Well, because Biden only has a majority of effectively four votes in the House and a tie in the Senate, with two members of the Senate who vote more with my Republican friends,” Biden said, referring to Democrats and of West Virginia and Arizona, who have signaled they won’t change the rules for filibusters.

Biden’s focus on voting rights comes after Republicans in states including Iowa, Georgia and Florida have passed election laws tightening access to the polls, spurred on by former President ’s continued false claims that Biden stole the 2020 election.

In Texas, Democrats blocked Republicans late Monday from passing a law to restrict early voting and ban ballot drop boxes, but the GOP has vowed to keep pushing for the law.

In remarks to reporters aboard Air Force One on Tuesday, White House spokeswoman described the Republican voting-law efforts as “a concerted attack on our democracy” based on “the same repeatedly disproven lies that led to the assault on our nation’s capitol on January 6.”

She said the GOP changes would make it harder for people to vote, particularly those of color, by reducing opportunities to vote by mail or outside of normal business hours.

Biden announced measures to increase the number of federal contracts awarded to small, disadvantaged businesses. He also said he had directed his administration to more aggressively prevent discrimination in home appraisals, a detriment for wealth accumulation for Black families.

It’s unknown how many people were killed in the 1921 massacre, though estimates range as high as 300. The city of Tulsa said it would begin exhuming a suspected mass grave dating to the massacre.

“For a long time schools in Tulsa didn’t even teach it, let alone schools elsewhere,” Biden said. He later called it an “act of terror” and compared it to a White supremacist protest in Charlottesville, Virginia in 2017 in which a counter-protester was killed.

“Terrorism from White supremacy is the most lethal threat to the homeland today,” Biden said, citing the U.S. intelligence community. He said his administration will “soon” release a strategy to confront domestic extremists.

Last week, Biden reiterated calls for Congress to overhaul U.S. policing as he met with the family of , the unarmed Black man who was killed last year at the hands of a White Minneapolis police officer.

The federal contracting changes will help reduce U.S. wealth inequality, a White House official said, which has left White people more prosperous than people of color. The U.S. government is the largest consumer of goods, but only about 10% of federal agency dollars go to small, disadvantaged businesses, the official said.

Biden aims to increase spending with those businesses by 50%, or an additional $100 billion in contracts over five years, according to the White House.

Minorities lag behind White people in home ownership, a primary means of building and transferring wealth. Biden directed Housing and Urban Development Secretary to lead an interagency initiative to address inequity in home appraisals. Black-owned homes are routinely appraised at lower values than similar ones in White neighborhoods.

Biden and his administration have criticized Republican lawmakers who have recently pursued laws Democrats consider racist. They include measures by Republican-led legislatures in at least five states that would ban the teaching of so-called “critical race theory.”

Biden said Tuesday that the U.S. must come to terms with its history, and its lasting impact.

“We do ourselves no favors by pretending none of this ever happened or it doesn’t impact us today – because it does still impact us today,” Biden said. “We can’t just learn what we want to know, and not what we should know. We should know the good, the bad, everything. That’s what great nations do – they come to terms with their dark sides.” 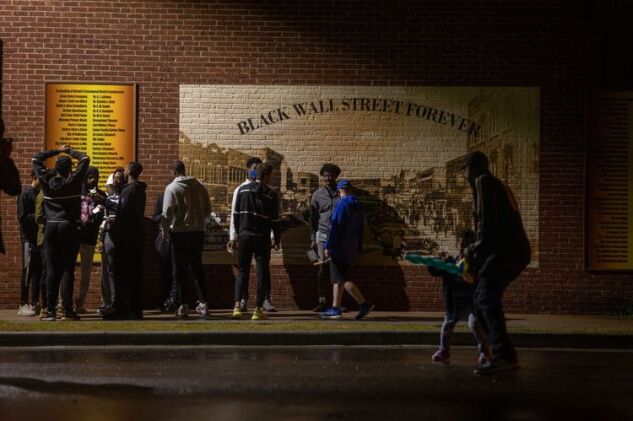 People stand near a Black Wall Street mural during a candlelight vigil in Tulsa, Oklahoma, on May 31.
Photographer: Christian Monterrosa/Bloomberg

Biden issued a proclamation on Monday commemorating the Tulsa massacre that blamed the federal government for impeding efforts to rebuild the Greenwood district.

“The destruction caused by the mob was followed by laws and policies that made recovery nearly impossible,” according to the proclamation. “In the aftermath of the attack, local ordinances were passed requiring new construction standards that were prohibitively expensive, meaning many Black families could not rebuild.”

It went on to say that the city’s Black residents, like many across the U.S., experienced redlining that prevented them from using homeownership to build wealth. The proclamation also discussed ways the federal highway system furthered segregation.