Music-streaming service and , which operates online dating apps, accused of squeezing software developers that depend on its App Store to reach customers by extracting monopoly profits and squashing competition.

Executives from the two companies, along with , which makes a tracking device for consumers, urged lawmakers at a Senate hearing Wednesday to tackle the dominance of Apple and Google over the digital marketplaces where users download apps.

Although Apple and Google hold a duopoly in the Western world’s app store ecosystem, much of the ire was directed at Apple, which charges big developers 30% of revenue, a cut that witnesses at the hearing said amounts to a “tax.”

“Apple abuses its dominant position as a gatekeeper of the App Store to insulate itself from competition and disadvantage rival services like Spotify,” , Spotify’s chief legal officer, told lawmakers. The streaming service competes with Apple Music. Apple’s restrictions on developers, he added, “are nothing more than an abusive power grab and a confiscation of the value created by others.” 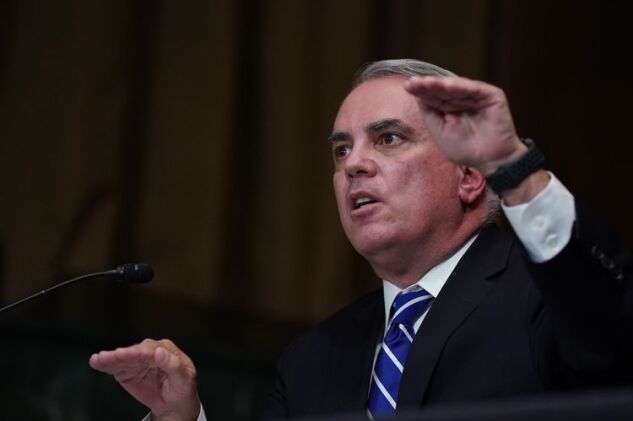 App developers have that Apple and ’s Google force them to give up too big a portion of revenue collected from app sales. They also complain that rules governing app stores are overly strict and inconsistent. Gutierrez, for example, complained about what he called Apple’s “gag order,” a rule that prevents Spotify from telling app users they can sign up for Spotify at lower prices elsewhere. Executives also accused Apple of copying products from other developers and retaliating against partners that speak out against its practices.

The hearing, before the Senate Judiciary Committee’s antitrust panel, is part of Congress’s expanding scrutiny of the power of technology companies. Democrats, and some Republicans, are pushing for changes to antitrust laws that would make it easier for competition watchdogs to bring cases against companies that they say are buying up -- and crowding out -- rivals.

Senator of Minnesota, who chairs the antitrust panel, said Apple and Google are gatekeepers that have the power to decide how or whether apps can reach iPhone and Android users, even as they compete against apps with their own services.

“Capitalism is about competition,” she said. “It’s about new products coming on. It’s about new competitors emerging. This situation, to me, doesn’t seem like that’s happening when you have two companies really each dominating in different areas.”

Klobuchar has introduced legislation that would make it easier to prevent and punish anticompetitive behavior, and she said Wednesday’s testimony “strengthened the case for sweeping antitrust reform so companies big and small don’t have to live or die by the whims of monopolies.”

“If these actions aren’t proof of serious competition problems, I don’t know what is,” Klobuchar said.

Andeer told senators that the App Store revolutionized software distribution by making it possible for developers to reach users in a new way. He said the commissions are lower than what was charged for software distribution when Apple introduced the App Store more than a decade ago, and that its tight controls over which apps are allowed are aimed at meeting privacy, safety and performance standards.

Until now, congressional scrutiny has focused more on Google than Apple, and Google is already facing antitrust complaints on several fronts. A Justice Department lawsuit filed last year accuses Google of illegally maintaining a monopoly in web search. Texas and other states have sued over the Mountain View, California-based company’s digital advertising practices.

But antitrust complaints against Cupertino, California-based Apple are piling up. They focus largely on the company’s App Store practices, which are now under by the Justice Department, Bloomberg News has reported.

Apple drew much of the criticism from lawmakers during Wednesday’s hearing. Republican Senator from Missouri accused the iPhone maker of cutting special deals with large companies like to keep them out of the market “while putting the squeeze and the lid on small competitors, all in service of keeping this gravy train of monopoly rents flowing.”

Kirsten Daru, Tile’s general counsel, said Apple has exploited its power to harm Tile and give Apple’s competing product -- AirTags -- a leg up. Apple has refused to give Tile access to a chip in iPhones that would improve Tile users’ experience, even though AirTags have that access, she said.

“If Apple turned on us, it can turn on everyone,” Daru added. “If Apple chooses to compete against developers on its platform, it should just do so fairly, and according to the same rules. Regulating a giant like Apple won’t be easy, but it’s just going to get harder as it gets bigger and more powerful.” 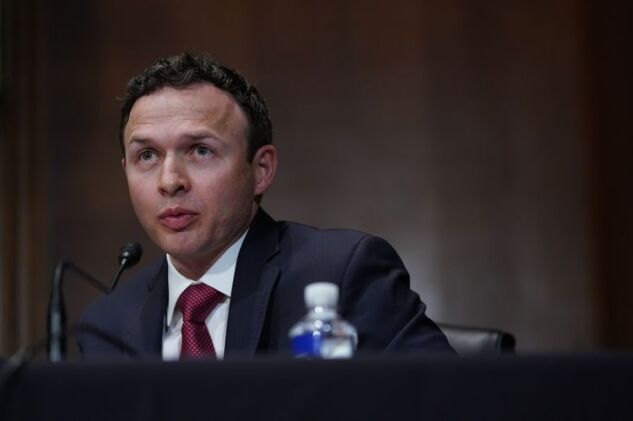 , Match’s chief legal officer, told senators that a few years ago, the company wanted to make changes to its app in Taiwan aimed at boosting safety for users by instituting ID verification rules. Apple rejected the app, and when Sine contacted an executive at Apple about the decision, the person “disagreed with our assessment of how to run our business and keep our users safe.”

“He added that we just should be glad that Apple is not taking all of Match’s revenue, telling me: ‘You owe us every dime you’ve made,’” Sine said.

When Klobuchar asked if Match faced retaliation for testifying at the hearing, he said a Google employee reached out to the company last night to ask why Match’s testimony differed from previous statements it had made.

(Updates with Klobuchar quote, beginning in the ninth paragraph.)