won a court ruling dismissing two monopoly lawsuits filed by the U.S. government and a coalition of states that sought to break up the company, dealing a blow to efforts by antitrust officials to take on the biggest tech platforms.

The decision by U.S. District Judge in Washington on Monday sent Facebook shares soaring, pushing the company’s market value to more than $1 trillion. 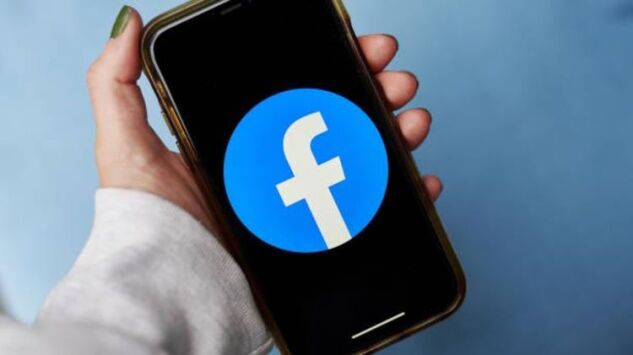 WATCH: A huge win for Facebook as two lawsuits are dismissed.
Source: Bloomberg)

Boasberg granted the company’s request to dismiss the complaints filed last year by the U.S. and state attorneys general led by New York, saying in his opinion that the FTC failed to meet the burden for establishing that Facebook has a monopoly in social networking.

The judge faulted the FTC for failing to detail how Facebook has monopoly power in a market the agency described as personal social networking. The agency’s claim that Facebook has in excess of 60 percent of a vaguely defined market is “too speculative and conclusory to go forward,” he wrote in the ruling. Boasberg said the agency could refile the complaint within 30 days.

“The FTC’s complaint says almost nothing concrete on the key question of how much power Facebook actually had, and still has, in a properly defined antitrust product market,” Boasberg said. “It is almost as if the agency expects the court to simply nod to the conventional wisdom that Facebook is a monopolist.”

“We are pleased that today’s decisions recognize the defects in the government complaints filed against Facebook,” said a company spokesman.

With the ruling, Facebook has escaped -- at least for now -- the most significant regulatory threat to its business to emerge out of the wider crackdown on U.S. technology giants.

Both the FTC and New York Attorney General’s Office said they’re reviewing the decision and considering their legal options.

The ruling delivers a blow to the FTC and the states, which claimed Facebook violated antitrust laws by buying photo-sharing app Instagram and messaging service WhatsApp in order to cut off emerging competitive threats and protect its monopoly.

It also puts new emphasis on antitrust legislation advanced by the House Judiciary Committee last week that would make it easier for enforcers to challenge anticompetitive conduct by the biggest tech platforms.

Boasberg’s decision to toss the Facebook complaints shows the hurdles U.S. antitrust enforcers face in trying to take on the internet giants. Officials on their own can’t break up companies or impose other remedies, but instead must persuade judges to take action. The process can take years.

In a separate opinion about the states’ lawsuit, the judge criticized the attorneys general for waiting years after the Instagram and WhatsApp deals to challenges the acquisitions.

“The states’ long delays were unreasonable and unjustified as a matter of law,” Boasberg said. “Both acquisitions were, per plaintiffs’ allegations, publicly announced, and the states were thus aware or certainly should have been aware of them from those points onward.”

The Facebook lawsuits were filed in December as part of a widening crackdown on America’s tech giants. The cases followed a Justice Department against for allegedly monopolizing internet search, and the findings of a House investigation that tech companies of abusing their dominance. Lawmakers have since proposed a of bills that would cast a broad regulatory net over the companies.

Antitrust investigators at the U.S. Justice Department have stepped up scrutiny of Google’s digital ad market practices in recent months, according to people familiar with the matter, showing that the Biden administration is actively pursuing a probe that started under former President Donald Trump.

The Facebook lawsuits centered on the 2012 acquisition of Instagram and the 2014 takeover of WhatsApp. Officials say Facebook made the deals because it saw both companies as threats to its business. Rather than compete with its own products, Facebook followed Chief Executive Officer ’s mantra: “it is better to buy than compete,” according to the FTC complaint.

Facebook offered $1 billion for Instagram when it had only 25 million users and no revenue, but had already started to capture the market for mobile photo-sharing. Zuckerberg said the threat from Instagram was “really scary,” according to the FTC complaint. The company paid $19 billion for WhatsApp because it saw messaging apps as another danger to its business. A Facebook executive said the apps “might be the biggest threat we’ve ever faced as a company,” the FTC complaint said.

Facebook attacked the complaints on several grounds. One of its key arguments was that the FTC investigated both acquisitions when they were announced and allowed both deals to proceed. While antitrust enforcers can challenge completed mergers, Facebook argued the FTC’s case was unprecedented and the agency never explained why its prior decisions approving the purchases were mistaken. The government simply wants a “do-over,” Facebook .

The company also had argued that a U.S. Supreme Court ruling in April that curtailed the FTC’s authority to recover money for defrauded consumers that the complaint be dismissed.