Epic Games' Fortnite on a smartphone in a photo taken in Los Angeles on August 14, 2020.
Photographer: Chris Delmas/AFP via Getty Images

Apple Inc.’s App Store has long been touted as a growth engine. Now, the world’s most valuable company is fighting in U.S. court to not reveal in public just how lucrative it is.

In a trial scheduled to start Monday, Epic Games Inc. is alleging that the iPhone maker’s 30% commission on app sales is a violation of antitrust law, cheating developers and consumers. Epic’s long-odds gambit to gain free access to the App Store, which has garnered support from mom-and-pop developers and like Microsoft Corp., comes amid increasing of Apple’s domination of software on its ubiquitous phones. On Friday, the European Union issued a warning over the App store, saying it thinks Apple abused its power.

Apple has asked the judge in California to close the courtroom when Epic calls on an expert witness to discuss the “the purported ‘profitability’ of the App Store on a standalone basis.” Apple said in a filing late Wednesday that it isn’t objecting to the court considering such evidence brought by Epic, but is “concerned that analysts, investors, reporters, and others in the marketplace could misinterpret the public disclosure of non-public, unaudited financial information.” 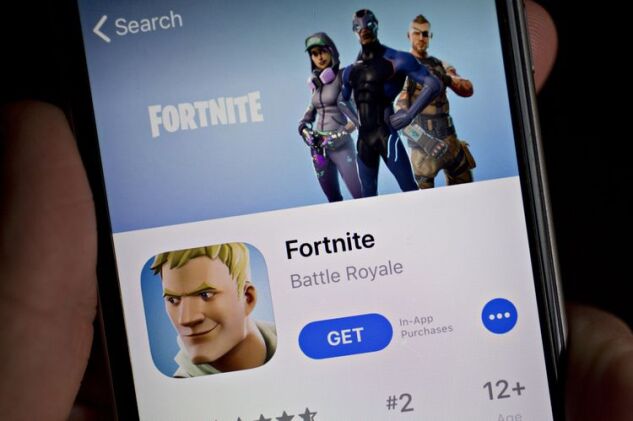 Until now, the legal argument that the App Store amounts to a monopoly has rested in part on numerical guesswork. Apple says it can’t quantify the store’s profit margins that Epic, the maker of the Fortnite game, has called “extraordinarily high.” One of Apple’s executives testified while being grilled in Congress this month that the company doesn’t report sales of individual business units, instead disclosing company-wide revenue figures in line with accounting rules.

U.S. District Judge in Oakland is expected to hear nearly three weeks of testimony from executives and economists without a jury. Epic is pursuing similar legal actions against Apple in the U.K. and Australia.

Epic said in a court filing Friday that it wants to discuss in open court what happened to the vow by Apple co-founder Steve Jobs in 2008 that “we don’t intend to make money off the App Store.”

Sealing the courtroom would “conceal from the public record facts and evidence showing whether Apple lived up to Mr. Jobs’s promise, or instead earns persistent and extraordinary profit margins from its App Store commissions,’’ Epic said. 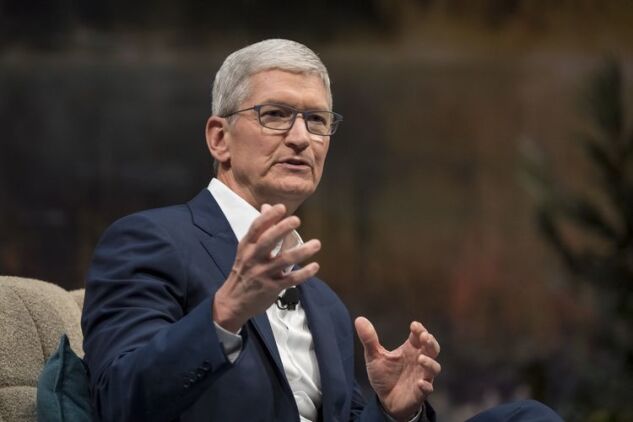 Analysts say losing the trial would be a big setback for Apple because the store has become a driver in the Cupertino, California-based company’s services segment.

Sensor Tower estimates the App Store generated $22 billion in commissions last year for Apple, while Bernstein analyst Toni Sacconaghi believes Apple will run the App Store this year with a gross profit of 88%.

Apple said its total profit for 2020 of more than $57 billion amounted to a 20.9% margin, while adding that “despite its considerable profit, it is subject to competition in all of its lines of business.” The company last year cut in half the fees it charges to smaller developers who sell software and services on the App store, lowering the 30% rate to 15% for developers who generate as much as $1 million in yearly revenue from their apps and those who are new to the store. Apple says many apps pay no fees in return for the company’s efforts to host and maintain the security of the store.

If Epic were to win a ruling forcing Apple to roll back its commission on the Fortnite app, other developers would demand similar concessions. Epic, meanwhile, is also challenging Google’s app marketplace, Google Play.

“If Epic wins, the result could be to open up not just the Apple app store but Google’s as well, reducing prices and making it harder for Apple to block or interfere with apps that compete with its own products, such as Spotify or Google Stadia,” said Stanford University law professor . 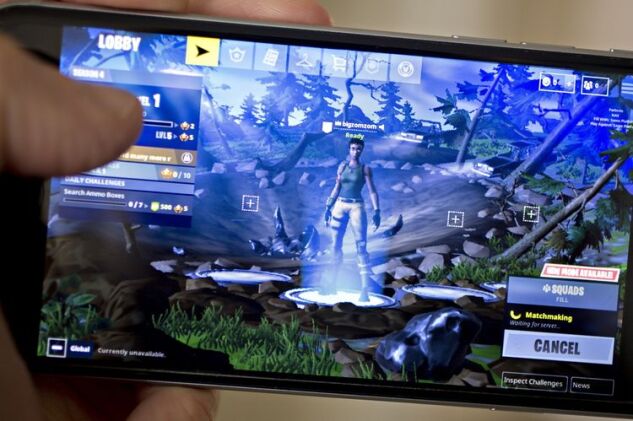 Epic has calculated App Store sales and profit margins for fiscal years 2018 and 2019 based on internal data gleaned from Apple presentations -- all of it redacted from public view in court filings -- only to be told by Apple that the estimate is “flawed.”

Apple said it doesn’t allocate costs for the App Store, and that internal documents discussing App Store revenue typically don’t include costs. That means, according to the company, any margins or profits don’t show the entire picture.

“With antitrust defendants, it is remarkable what they say they don’t know,” said Joshua Davis, a professor at University of San Francisco’s law school. “There’s a game that gets played of incredibly capable businesses suddenly finding themselves allegedly incapable of performing basic tasks and this may be an instance of that.”

In its request to the judge to bar Epic from referring to App Store financial data in open court, Apple said the information may “unduly confuse the securities markets and participants in those markets, including the many pension funds, mutual funds, and other ordinary investors who own Apple stock.’’

Epic retorted that Apple should not be allowed “to manipulate the public record by publicly denying its ability to calculate App Store profits -- as Apple’s experts have done in unsealed filings — while simultaneously hiding Epic’s evidence regarding those claims based on internal Apple documents.”

If Epic makes its antitrust claim by presenting evidence of Apple’s market power, the elusive data would be “extraordinarily important” to show that the iPhone maker couldn’t make those profits in a competitive market, according to Davis.

Lemley says that the trial won’t necessarily turn on the mystery numbers. What matters is whether the judge thinks apps for iOS mobile devices are a separate market and, if so, whether Apple has a legitimate reason to process payments only through its App Store, the professor said.

“Merely charging a high price isn’t itself illegal; Epic must show conduct designed to acquire or maintain the monopoly,” Lemley said. “And it can certainly point to the 30% charge, which is well known.”

Apple’s secrecy around App Store financial data has also vexed U.S. lawmakers who are pushing the company to be more transparent.

“OK, but so you have no numbers, which I’m sure exist,” the Minnesota Democrat said. “We’ll try asking you in writing.”

To contact the authors of this story:
in San Francisco at mnayak21@bloomberg.net

in Los Angeles at mgurman1@bloomberg.net